Why Self-Forgiveness Is The Answer 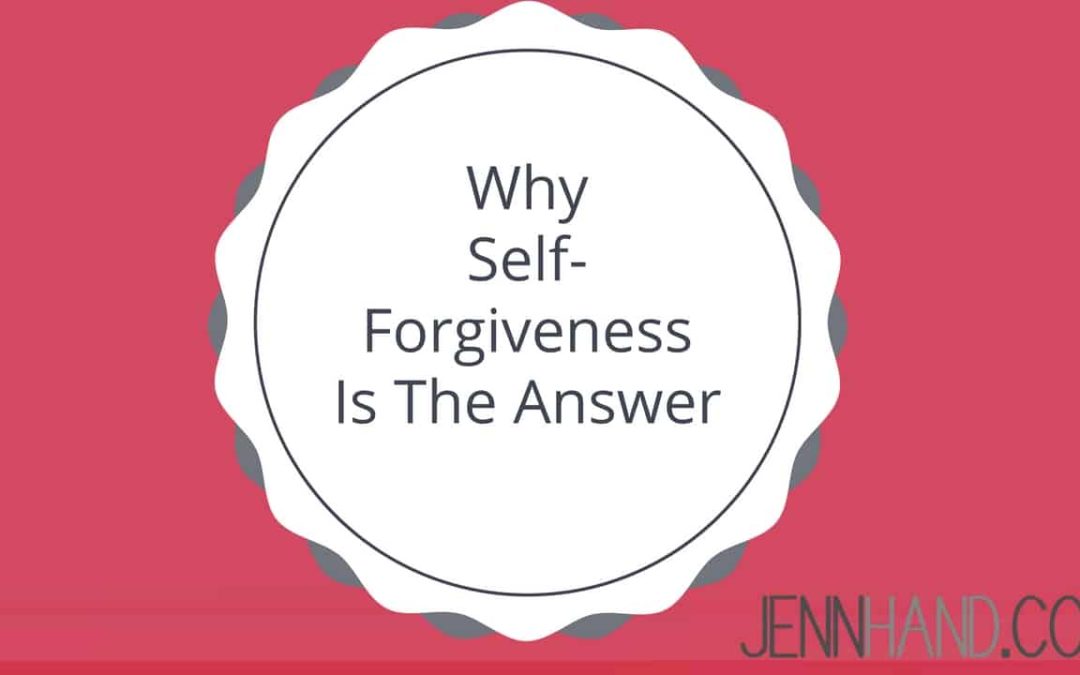 So much of this food journey is spent beating ourselves up, berating ourselves for not being able to eat healthy (even when we know so much about nutrition), and living in this state of regret and guilt over failure around food.

I used to spend days and sometimes weeks lamenting over something I’d done: eating too many cookies at a party, giving in to cravings after dinner, starting a diet on Monday and failing by Wednesday. I carried guilt, embarrassment, regret, shame and despair around almost constantly.

It was exhausting. Not only was was I battling food every day, but then I was also criticizing myself for days after I’d “messed up”.

Talk about being my own worst enemy!

Over the years, I’ve learned more and more that self-forgiveness is one of the most powerful ways to move yourself forward in this journey.

Why is forgiving yourself so transformative?

Because carrying around the guilt, the shame, and the feeling of being a failure only makes us feel more awful about ourselves and never gets us where we want to go: being normal around food.

The weight of these emotions only adds to our despair.

Which is where self-forgiveness comes in. When you forgive yourself, you don’t then carry around all of these negative emotions.

I’ve had clients who were SO angry for letting themselves get to the place where they had lost 60 pounds only to gain it all back plus some. These women were beyond frustrated and pissed off at themselves for spending years battling binging/dieting.

Self-forgiveness can change all of that. When you look in the mirror or silently say to yourself, “I forgive you” (and really mean it!), it changes everything.

A weight lifts off your shoulders. You feel lighter. You feel more free.

Because when we’re stuck in this place where we are consumed with feeling like a failure and wondering how we got to where we are, we never really are able to learn and move on.

You are where you are for a reason. You’re meant to learn whatever lesson that’s here, so you can move on to the next one. Yes, sometimes battling food can bring you to your knees; where you throw your hands up in despair or cry yourself to sleep.

But forgiving yourself for anything you did will only help you move forward.

Did you eat too much over the weekend?

You swore you wouldn’t eat after dinner and did?

You secretly ate 7 cookies from the pantry after your significant other fell asleep?

Look at the situation squarely in the face and say “I forgive you”. Be open to the lesson you need to learn (whether that’s dealing with an emotion, facing a situation you don’t want to, learning how to better take care of yourself, etc) and allow it to propel you forward.

We’ve spent so long NOT forgiving ourselves….so what do you have to lose by trying?

Tell me-what can you forgive yourself for this week? Share in the comments below.