Feeling Guilty About What You Ate? 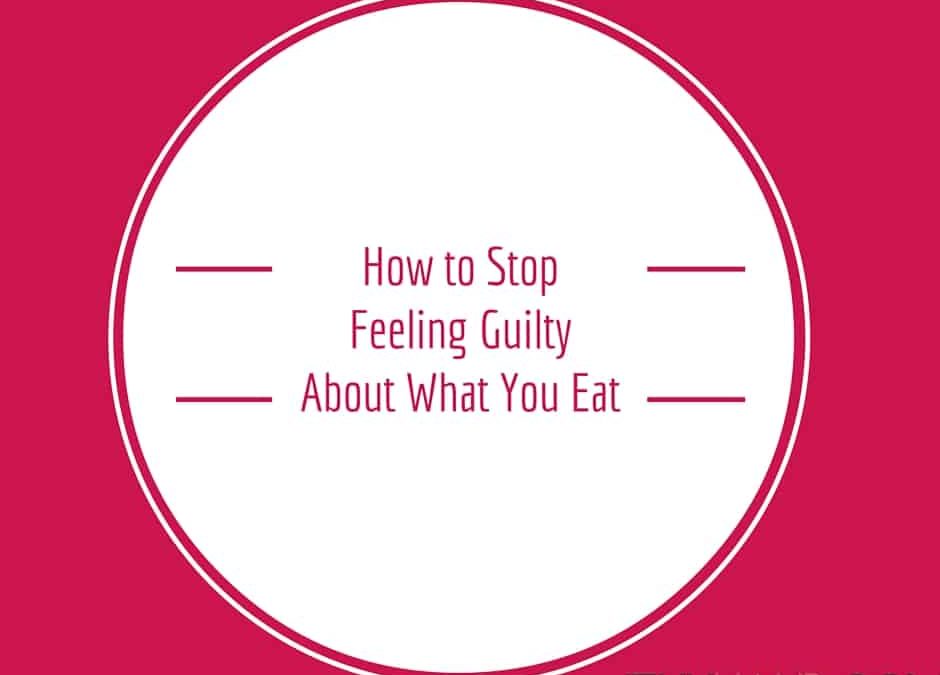 Guilt comes up A LOT with the woman I talk to.

Guilt over eating 6 too many cookies. Guilt over having a third bowl of ice cream when you promised yourself you wouldn’t. Guilt over not going to the gym when you said you would. So much guilt in this whole mess!

It’s a tricky emotion that guilt. It’s a hard one to work through because it’s often tied in with so many other emotions…hating your body, feeling like a failure, being ashamed, etc.

As women, we feel guilty about so many things (not just food). We feel guilty for saying no, for not helping a family member when it’s what we “should” do, for taking time for ourselves when we have children, and for a million and one other things that go on in our lives.

It’s time to let go of our guilt!

(I’ve gotten better at this, but still feel guilty very often. Not necessarily around food anymore, but for telling a friend I don’t want to do something, for refusing to go to 15 family parties when I’m visiting home, for stating my needs in my relationship…for any and everything!)

Bottom line:  You CAN let go of feeling guilty about what you ate, though! You’re not doomed to feel guilty every time you have something you “shouldn’t have”.

Tune in below to stop feeling guilty about everything that you’re eating!

I’d love to hear from you.  Tell me one thing you can do to let go of your guilt this week! Or share your favorite way to work through guilt. Share in the comments below 🙂